This browser is not actively supported anymore. For the best passle experience, we strongly recommend you upgrade your browser.
All Posts Subscribe
September 29, 2021 | 5 minutes read

“Don’t panic.” - Why is this a signal to stockpile and how can retailers control the consequences?

The UK’s current dash for petrol illustrates that despite significant advances in customer analytics, supply chain technologies and decision-support tools, consumers continue to catch retailers off-guard with seemingly irrational behaviour. What drives these spikes and what interventions are available to curb them?

Panic buying has a rich history. In the early 1960s the Cuban missile crisis resulted in a rush on stores and in particular tinned goods. The turn of the century saw another surge in stocking up, as consumers feared computers would melt down, with tinned goods and toilet roll lead items. More recent examples include last year’s toilet roll surge which saw sales in the US jump by 845%, equivalent to $1.45 billion in sales in just one month. Most recently, the current fuel run has seen demand at some service stations in the UK spike by over 500% week-on-week according to the Petrol Retailers Association (PRA).

The science of ‘surge’ behaviours

Panic buying can be described as atypical buying behaviour as a result of a real or perceived lack of supply of goods. The phenomenon often results in consumers over-stocking goods, far in excess of their usual consumption patterns, and generally occurs in more developed countries where there is a baseline expectation of abundant supply. It differs from other forms of atypical buying behaviour in that it’s generally associated with negative emotions such as anxiety and fear. This contrasts with other examples of ‘surge’ behaviours, such as the rush to take advantage of a great promotion or the desire to purchase the latest trending item of clothing. These generally have more positive associations for the consumer. More extreme examples of panic-induced behaviour have been linked to incidents of looting and violence, but these are generally driven by extreme events such as war or natural disaster, where long term scarcity is a very real concern.

Research has shown drivers of panic-buying include:

The second-order consequences of stockpiling

Interestingly, studies have found that often the number of extreme buyers is relatively small. Panic buying spikes would seem to be driven by minor increases in buying across a large segment of the population.

However, even minor increases across a large cohort can result in extreme spikes in specific categories, especially for supply chain systems which are increasingly designed to run 'lean' with minimal buffer stock as a result of just-in-time economics. Beyond obvious stock shortages and the increased pressure on supply chain and logistics operations, there are a variety of second-order consequences which may occur:

Communication and stock control are key

So, what can be done when a panic-buying situation flares up? There are interventions available beyond waiting for the system to rebalance itself:

Coherent and reliable communications on the status of availability are important. Inconsistent or extreme messaging from actors such as the government, businesses and the media fuels uncertainty. Social media has almost certainly exacerbated the challenge with video and image sharing prevalent and usually focused on the more extreme examples of panic buying. Requesting that consumers not panic also been shown to induce the very behaviour it tries to prevent by the mere mention of the word ‘panic’. Therefore messaging should focus on signalling availability and calling out the cost to others in society who may suffer as a result of shortages, for example the elderly or vulnerable.

Imposing purchasing limits on in-demand items, as employed by supermarkets during the first lockdown, can help to limit the impact on supply chains and allow time to rebalance. These tactics often take the form of either a quantity, e.g., three items per customer, or value, e.g., £30 maximum, limit. In some cases, smaller pack sizes can also be introduced, although costs and lead times make this option less attractive.

Raising prices is another tactic, albeit one which comes with a significant risk for those who position themselves as customer-centric. Rising prices would “destroy that trust”, says Justin Wolfers, an Economics Professor at the University of Michigan.

Signposting alternatives is another strategy employed where there may be a realistic substitute product available. One potential challenge with this approach is when unsuitable products are substituted, such as baby wipes in place of toilet roll. This can lead to unintended second order consequences such as blocked sewage systems.

In conclusion, it’s clear that panic-buying has a long history and will likely be an ongoing phenomenon, especially whilst there is continued economic volatility. Perhaps better understanding the psychology behind consumer decision-making can help retailers, suppliers and other actors in the system to better plan, react and intervene when situations such as the ones we are face today inevitably occur again.

Even minor increases across a large cohort can result in extreme spikes in specific categories, especially for supply chain systems which are increasingly designed to run 'lean' with minimal buffer stock as a result of just-in-time economics. 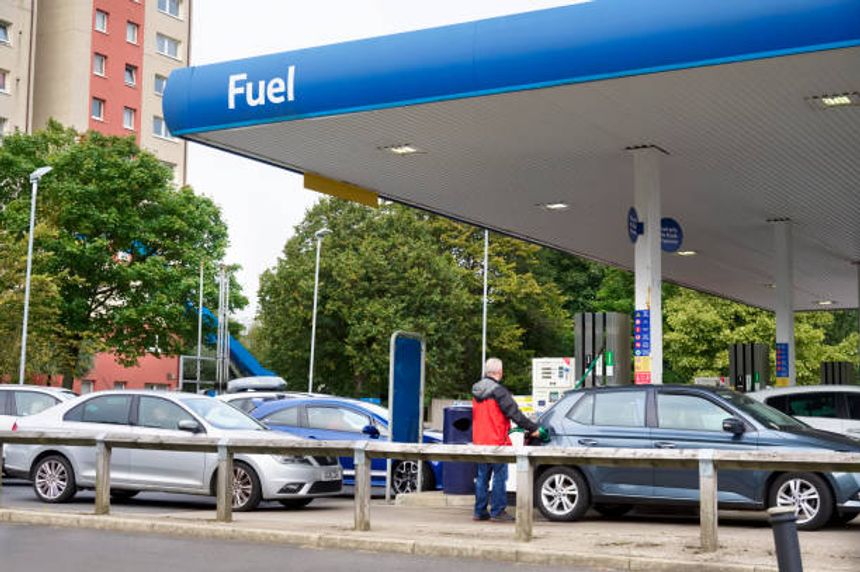 Oli Freestone
Director
By Jason McDannold Yale Kwon
As the economic outlook continues to be murky, plenty of companies are making cuts. But you can’t cut your way to prosperity. There are...