This browser is not actively supported anymore. For the best passle experience, we strongly recommend you upgrade your browser.
All Posts Subscribe
January 20, 2022 | 2 minutes read

What energizes you throughout the day, and where might it take you? 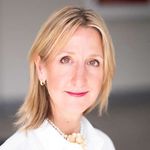 This month is the tenth anniversary of National Mentoring Month, a celebration of the power of relationships, and raising awareness around the importance of youth mentoring in the United States. So, I asked Paula Shubnell, our new head of Talent Acquisition for the Americas, for the best advice she shares with others....

Paula disclosed that she loved reading the magazine Psychology Today when she was in high school. But, she was in a hurry to start working, so chose to do a business degree instead of becoming a doctor. It stands to reason then, that after her MBA, she went on to develop people, coaching and transformative leadership-related credentials. And she volunteers in her local community as a mentor, to help neighbors in need move toward self-sufficiency. So…Psychology Today was the real clue that has led to her top tip, which is a question: “What energizes you the most?”

Another story sprang to mind: Deborah Praga discovered a few years ago what energized her: the planet. Deborah had studied accounting as her first degree and then spent the first decade of her career supporting clients through financial restructuring, most recently with AlixPartners. Once Deborah realized that she wanted to really focus on leaving behind a more sustainable planet, and helping others to understand how to do that, she put her passion plan into motion: secured a place at Harvard to do a Master’s Degree in Sustainability, and started telling people what she wanted to do. This is how I met Deborah.

Deborah was brought into my world by Peter Gawith, a Digital Director who worked with me to set up our first Sustainability Steering Committee. He met Deborah through Eric Koza, our New York market leader, and one of her mentors, Joff Mitchell. Joff was helping Deborah to build her desire to save the planet into her work, and introducing her to people who worked in the field. Eric asked Deborah to take on the role of New York Office Sustainability lead and Joff supported Deborah’s request to work on an ESG pro-bono project, assisting a start-up charity, Undaunted K12, to scope the carbon emissions and costs associated with retrofitting United States’ K-12 public school facilities to a net-zero ready standard. Deborah subsequently stepped into a six-month secondment to further develop our integrated ESG impact, as a firm and for our clients. And now she is an ESG Manager here at AlixPartners, and advocates for The River Fund, and our support of their mentoring program.

Which brings me back to National Mentoring Month. I wrote to Joff to thank him for supporting Deborah’s secondment to ESG for six months, and her subsequent promotion into the permanent role. His words: “I really appreciate the feedback. I’m excited to watch Deb develop in this new role. She has lots of ability and a passion for this work. When you put ability and passion together it’s a recipe for success.” We shared a virtual high-five.

So, when Paula replied to my question with, “Pay attention to what energizes you throughout the day,” I thought of Deborah and Pete and Eric and Joff, and about the power in both writing your own path, by listening to yourself, and the power in really listening to others, and supporting them in achieving their future best self. #MentoringAmplifies #MentoringMonth #PayItForward

If you are not already connected with someone as a mentor or mentee, here are a few ideas our people have shared from around the world…

"The best part of who we are is caring for each other." Swami Durga Das, The River Fund

Cindy Godwin
Director
By Jason McDannold Yale Kwon
As the economic outlook continues to be murky, plenty of companies are making cuts. But you can’t cut your way to prosperity. There are...