This browser is not actively supported anymore. For the best passle experience, we strongly recommend you upgrade your browser.
All Posts Subscribe
January 21, 2022 | 4 minutes read

2021 saw enduring trade tensions between the U.S. and China. Under the first year of the Biden administration, the U.S. continued to take a firm stance in its foreign sanctions policies on China. In response, China has developed its own sanctions and export control regime as a critical legal infrastructure to counter the foreign sanctions pressure. 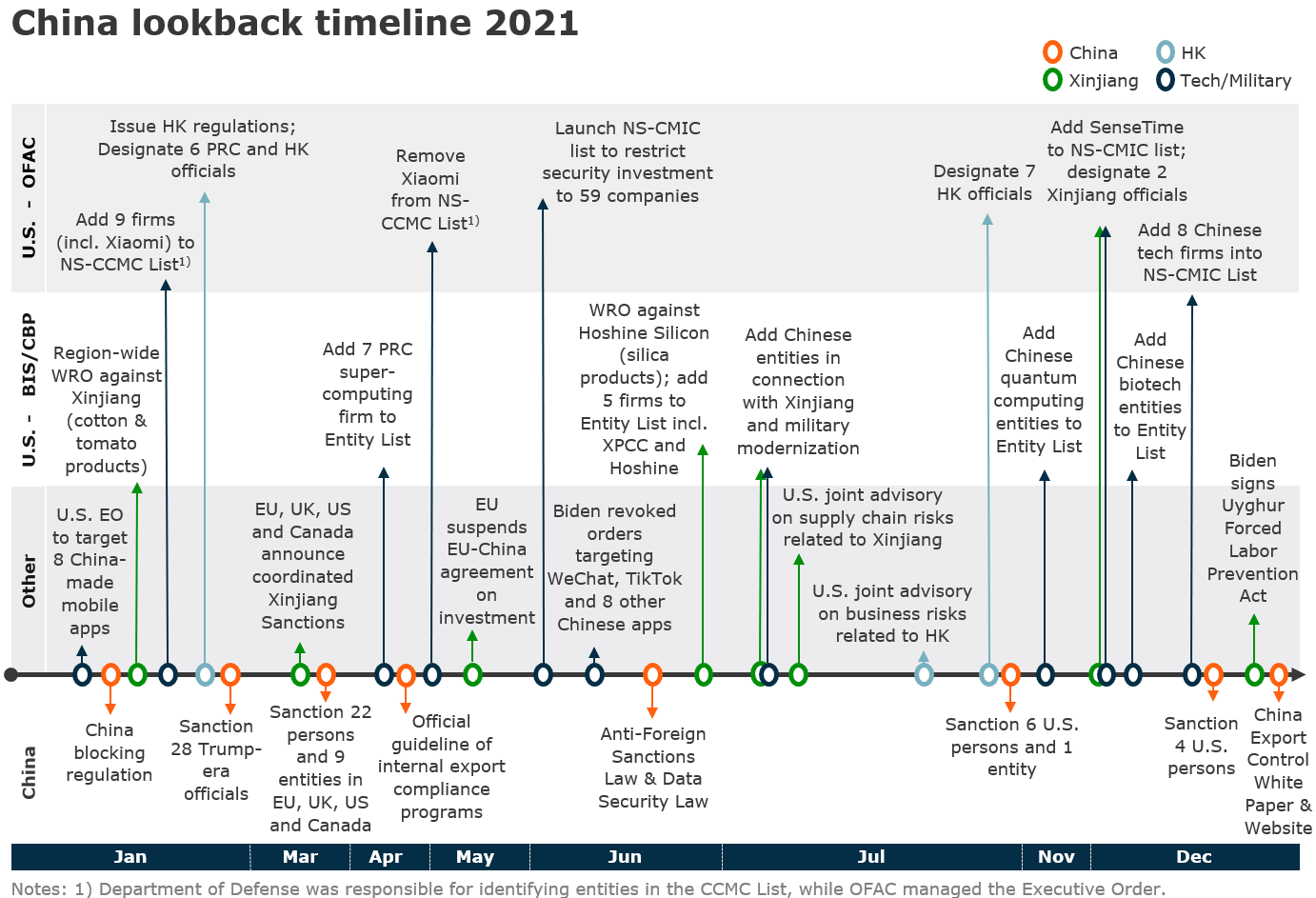 In the absence of a crystal ball, a number of developments and trends from last year can be identified that may help to navigate the risk landscape in 2022.

Chinese companies and individuals have been increasingly targeted by the U.S. sanctions program in the last few years. As of the end of 2021, the number of Chinese individuals and companies named on OFAC’s SDN list and non-SDN list amounted to 356 (increased from 67 in 2015) and 70 (increased from 2 in 2015) respectively. The increased designation by OFAC is mainly driven by the enforcement of CMIC and HK related executive orders, the intensified secondary sanctions relating to North Korea and Iran, as well as Xinjiang-related sanctions.

U.S. authorities appear to be closely monitoring activities of Chinese companies prior to implementing sanctions measures. SenseTime has been on the Entity List since 2019. As the company planned for listing in Hong Kong in December 2021, the U.S. toughened the sanctions measures and the company was put on the CMIC list before its IPO, which resulted in the company postponing its public offering and excluding U.S. investors.

U.S. authorities have taken a more coordinated approach in sanctions implementation. Joint regulations from multiple departments in terms of sanctions, export control and import restrictions have generated a more complex situation for market participants. In June 2021, XPCC hit the BIS Entity List. It had already been added to the SDN list by OFAC in July 2020 and targeted by CBP in December 2020. Similar cases can be seen with Hoshine Silicon, where WRO was issued, and the company was in parallel put in the Entity List in June 2021.

The U.S. and its allies have been more coordinated in sanctions measures. In March 2021, EU, UK, U.S., and Canada announced coordinated sanctions targeting four Chinese officials and one entity for alleged human rights abuses in Xinjiang. Similar coordinated sanctions efforts were also observed in Belarus-related sanctions later in the year. The collaboration model with its allies and partners is consistent with the strategic shift as emphasized in the U.S. Treasury Department’s sanctions review report published in October 2021.

In response to the pressure from the U.S., China has accelerated the development of its legal and regulatory framework for anti-foreign sanctions and strengthening its own export control. Last year, China published a series of regulations, guidelines, and laws, including the blocking regulation and the Anti-Foreign Sanctions Law. The latter is considered as a significant move of the Chinese government in countering foreign sanctions. China also launched its first White Paper on Export Control and a dedicated website for “China Export Control Information”, facilitating the policy communication through training videos and examples of a robust export control compliance program.

The steady increase in the use of sanctions and export controls, principally by the United States but also by U.S. allies and partners, is unlikely to abate in the near future. The adoption of resistant frameworks by China has driven multinationals to consider the gamut of regulations affecting their business, including those of both China and other countries. The adaptiveness of sanctions and export controls compliance programs is therefore essential to address increasing and ever-evolving compliance challenges. Additionally, for companies to better assess, monitor and manage relevant risk exposures will require a multidisciplinary approach and expertise, including legal advice from both China and other relevant jurisdictions, as well as compliance and operations specialists with relevant knowledge, experience and technology to assist with effective risk identification and mitigation.

[1] China-related designations include Chinese nationals or citizens, entities domiciled in China, and CMIC entities according to OFAC.
[2] Individuals and entities assigned to multiple programs are counted multiple times. 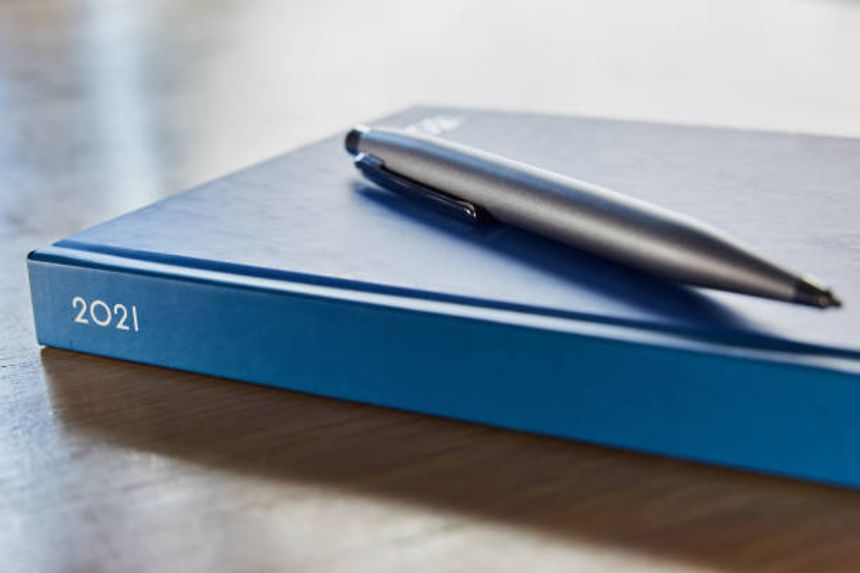 Jiayan Xu
Director
ZS
Zhou Shiying
By Jason McDannold Yale Kwon
As the economic outlook continues to be murky, plenty of companies are making cuts. But you can’t cut your way to prosperity. There are...