This browser is not actively supported anymore. For the best passle experience, we strongly recommend you upgrade your browser.
All Posts Subscribe
January 28, 2022 | 2 minutes read

Walmart did a thing last year – it chartered a container ship. How’d that work out?

The chaotic (and expensive) last 12 months of supply chain chaos has been widely reported, particularly in terms of the impact on consumers over the holiday season. Importers have struggled with container shipping costs reaching historic highs (more-than 200% above pre-pandemic levels). Carriers have made a pretty penny while freight budgets look pretty ugly.

In the midst of this disruption companies have employed varying strategies to mitigate rising costs while trying to maintain the service levels customers expect. Last summer, catchy headlines circulated the web touting strategies of retail giants such as Walmart, Target, and Home Depot chartering their own container vessels. It’s no secret that the industry’s biggest players afford themselves significant competitive advantages – from vessel chartering, to secured shipment capacity, and other luxuries that come with being a carrier’s priority customer. But have those strategies paid off, and have bigger importers leveraged their scale to outperform smaller competitors?

I have attempted to answer this question by evaluating the financial performance of 14 of the Top 100 importers (per the Journal of Commerce’s annual list). From this list, companies were selected if they are 1) a retailer and 2) publicly traded with recent publicly-available financial statements. To quantify the impact of inbound shipping costs on each company, I compared its gross margin from 2020 to 2021. Ocean freight typically falls under COGS/Cost of Sales, so a reduced gross margin may indicate higher expenses (among other product costs) relative to revenue. On the flip side, improved gross margin may indicate well-managed costs relative to revenue. This methodology is imperfect, but seems directionally accurate to compare companies on a level playing field without having granular detail of actual shipping costs. The resulting graph is below. Companies to the right of the graph import more volume (TEUs – Twenty-foot Equivalent Units), while those on the left import less. 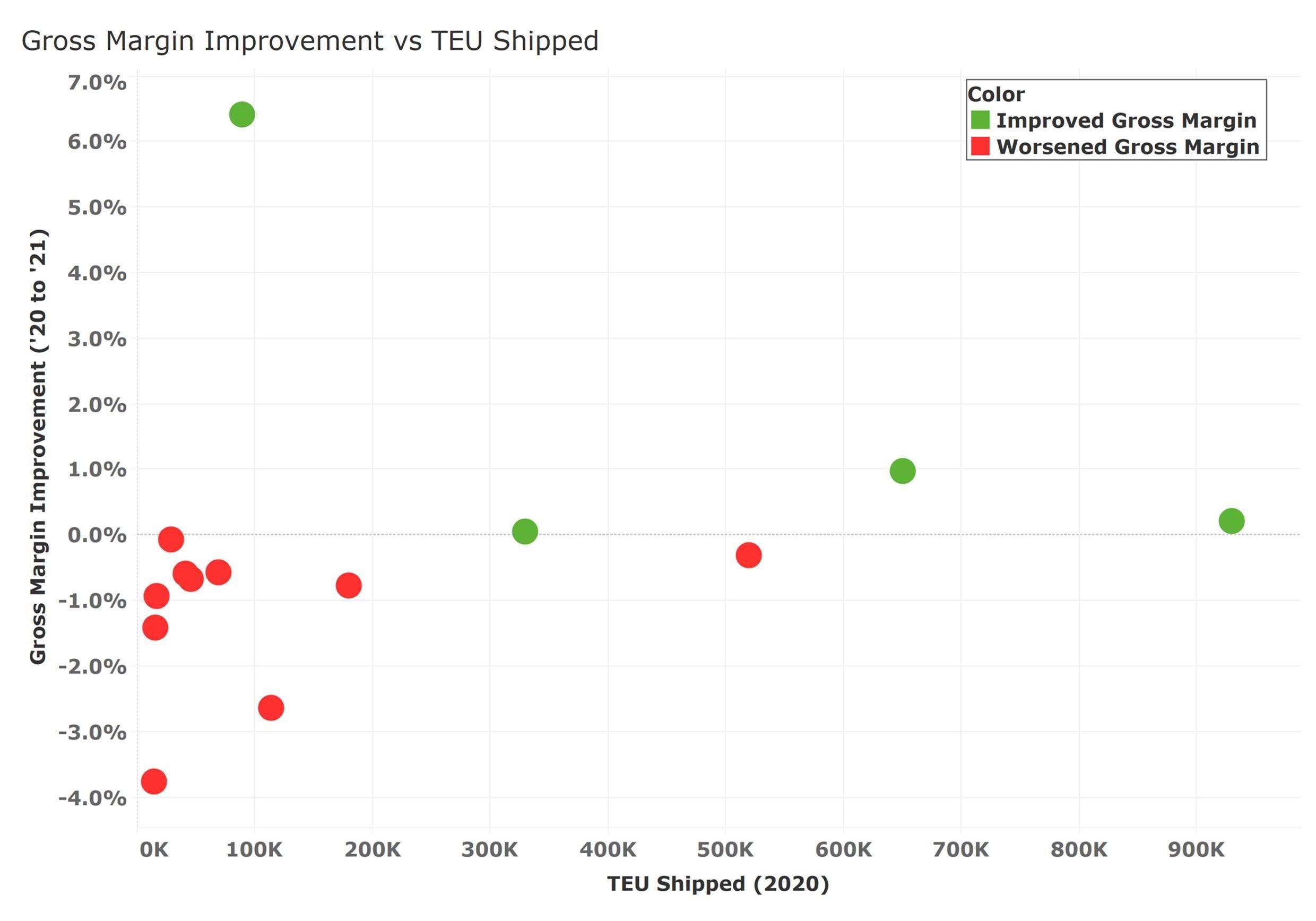 While 2022 is sure to bring continued supply chain challenges for all, one thing is for certain: those who have scale will continue to be at a competitive advantage.

In a world with finite shipping capacity, small importers (particularly those outside the Top 100 list) will have to be savvy to maintain market share as they balance cost and service. 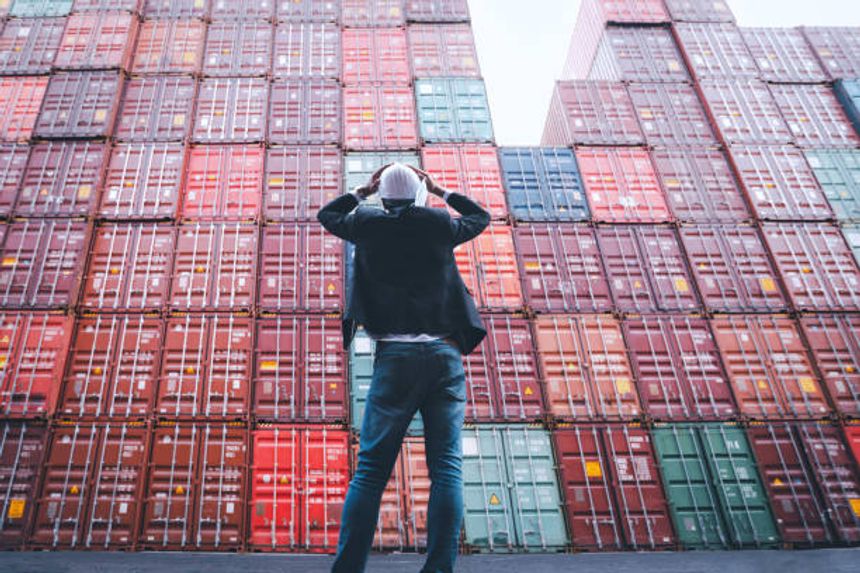 Andrew Kerr
Vice President
By Jason McDannold Yale Kwon
As the economic outlook continues to be murky, plenty of companies are making cuts. But you can’t cut your way to prosperity. There are...