This browser is not actively supported anymore. For the best passle experience, we strongly recommend you upgrade your browser.
All Posts Subscribe
November 17, 2022 | 4 minutes read

With the FIFA World Cup in Qatar about to begin, the quadrennial tournament offers several value-creating commercial opportunities for clubs.

We have previously considered a range of potential value creation levers for club sides, including optimising scouting networks and academy models. This winter’s World Cup, however, could offer clubs a unique opportunity to drive value through shrewd player acquisitions and sales.

Learning lessons from past tournaments

There is a long history of players making high-profile transfers following a successful World Cup. Gheorghe Hagi’s performances at USA 1994 earned him a move to Barcelona, and the previously unheralded Gilberto Silva moved to Arsenal in 2002, having played every minute of Brazil’s World Cup win that year. Of course, high-profile transfers do not always pay-off: the mercurial Brazilian forward Denilson’s disastrous world record move to Real Betis in 1998 and Real Madrid’s €75 million acquisition of James Rodríguez after his star turn for Colombia in 2014 come to mind, with neither player replicating their World Cup performances for their new employers.

The World Cup traditionally puts young talents from South America and Central America in the shop window and gives clubs, players, and agents an opportunity to accelerate a transfer to Europe and maximize proceeds.

This World Cup may be different. The routine use of data analytics in player recruitment, with less reliance on in-person scouting, results in potential star players being identified at younger ages and earlier transfers to Europe. For example, all but four members of the Brazilian World Cup squad already play for European clubs and arguably Argentina’s hottest young star, 22-year-old Julian Alvarez, left River Plate to join Manchester City in January 2022.

While there will likely be fewer breakout stars from South America and Central America than in tournaments past, there are a number of players to look out for in Qatar. These include Alexis Vega, a 24-year-old Mexican winger who plays for Guadalajara, and who has been linked with several European clubs, including Liverpool and Uruguayan midfielder Nicolas de la Cruz, who plays for River Plate in Argentina. De la Cruz has already been linked with clubs including Manchester United, Fiorentina, and Everton.

Many European clubs have business plans based around acquiring young talent that can be sold on at a profit, and we have previously analysed the optimum age at which to acquire young players, and the most profitable markets to acquire players from.

Clubs taking this approach include Borussia Dortmund and RB Leipzig, from the German Bundesliga; Leipzig’s Austrian Red Bull sister club, Salzburg; and Portugal’s Benfica, that made an estimated €1.4 billion from player sales between 2000 and 2022.

Dortmund’s Jude Bellingham, 19, and Giovanni Reyna, 20, could go up against each other when England face USA in the group stage. Bellingham has been linked with a move to a host of top European clubs, and his value could rise beyond €100 million if he performs well in Qatar. RB Leipzig’s Josko Gvardiol is another to watch out for. The 20-year-old Croatian defender was heavily linked with a move to Chelsea in the summer transfer window.

Any club interested in signing a player of Jude Bellingham’s status post-Qatar could end up paying a so-called “World Cup premium”. However, particularly if the player stars at the World Cup, the commercial rewards could still be significant.

In 2009, Manchester United held out for a then-world record fee of £80 million for Cristiano Ronaldo, but Real Madrid was rewarded not only with one of the world’s best footballers, but also the commercial opportunities his global popularity brought with him. Madrid claimed to have generated over €100M from Ronaldo shirt sales within one year of his signing.

There has also been a pattern after World Cups for clubs to acquire breakout stars from emerging soccer markets.

Hidetoshi Nakata’s arrival at newly promoted Italian Serie A side Perugia after the 1998 World Cup brought thousands of Japanese tourists to the city and led to interest from the likes of Manchester United, which was looking to grow their brand in Asia.

While that move did not materialise, in 2005 Manchester United did sign South Korean Park Ji-Sung and leveraged his popularity to develop a number of commercial partnerships. By 2011, more than one million South Koreans had a Manchester United-branded credit card featuring Park Ji Sung’s face.

While many stars of the Asian or Middle Eastern teams already play in Europe, Europe’s largest clubs could seek to capitalize on increased global interest through acquiring the likes of Ao Tanaka, 24, a talented Japanese midfielder currently playing for Fortuna Dusseldorf in Germany, or Qatari Akram Afif, 25, of Qatari side Al Sadd. 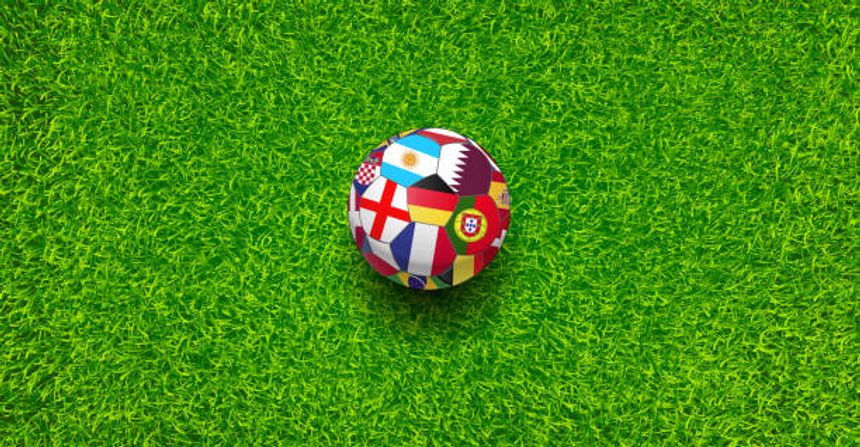